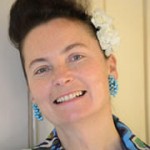 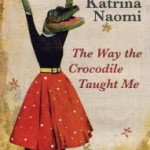 Apart from her poetry Janine has had three books published; including, ‘Autism Equality in the Workplace: removing barriers and challenging discrimination’ (Jessica Kingsley Publishers, 2016).  Janine was part of the ranting poetry movement in the 1980s, but gave this up at the end of the decade. In 2014 she began performing again, as ‘an angry middle-aged woman poet’.  Her three poetry books, ‘ Mostly Hating Tories’, ’The 3Rs: Ranting Rhyming Revolting: more poems by Janine Booth and ’16: the age of discontent’. are published by Hastings Press. Her recent book ‘Minnie Lansbury, Suffragette, Socialist, Rebel Councillor’ was published in November 2018.
Janine is a well known figure in her trade union (RMT), Chair of the union’s Disabled Members’ Advisory Committee, co-Chair of the TUC Disabled Workers’ Committee.  As part of her disability campaigning she runs training and gives presentations to trade unionists about Autism in the Workplace. She lives in Hackney with her partner, three kids, two cats and a dog. Janine has performed her work in many venues over the years one of which was Loose Muse in London and Agnes Meadows particularly recommended that I book her for Winchester.
Two very different poets to kick-start the year, come and see what you make of them.  There will also be sessions of Open Mic so please bring your poems and flash fiction along to share.
Looking forward to welcoming you,
All best wishes,
Sue Wrinch
This website uses cookies to improve your experience. We'll assume you're ok with this, but you can opt-out if you wish.Accept Read More
Cookies Policy