The Writers’ Weekend, a unique four-day conference for writers of all abilities and genres will now be streamed live throughout the weekend of 9-12th July.

Eoin Colfer, author of the Artemis Fowl series (released as a major motion picture by Disney on their channel Disney +) is the keynote speaker.  Asked how important are these events for emerging writers, he says,

“Writing festivals are vital for writers to get noticed; I first met my publisher at a literary festival in Ireland and events like these are without a doubt the best forum for all aspiring writers.”

The festival is founded by Sara Gangai, former Director and Event Manager of the Winchester Writers’ Festival, the Writers’ Weekend will host talks and workshops with best-selling, multi award winning authors as well as publishers, editors and literary agents.

Authors including, Lissa Evans, Jasper Fforde, Nick Barlay and Kate Bradley are just 4 of the 65 speakers who are confirmed.  Moving the programme to a virtual platform has meant the event is paving the way for accessibility.

Sara says “we’re very excited to open this event up to a wider audience and provide an interactive and exciting programme in the comfort of their home.”

With more and more writing events being cancelled or rescheduled,

Eoin supports the digital transition: “I am disappointed that I won’t be able to talk to writers face to face but delighted that they will still have a platform to interact and showcase their work.  Hopefully this means more writers from around the world will be able to attend.”

The four-day event will offer over 800 one-to-one appointments with literary agents and editors.  Representatives from publishers such as Harper Collins, Hachette, Penguin Random House and Troubador will be available for talks and workshops as well as open mic sessions and author/agent/publisher panels.

“Writers who wish to take the next step with their work will have the opportunity to showcase their writing to a wide range of experts and interact with authors, agents and other writers in virtual networking rooms.” says Sara

The Writers’ Weekend will be available to stream on tablet, mobile and PC with three full scholarships for writers aged 18-25 available plus bursaries for those writers needing financial assistance to attend.

Leading up to the event, the Writers’ Weekend is running 6 writing competitions to encourage writers to create new work and give children a fun outlet for their creativity.   The competitions for adults are:  Opening of a Novel; The Bright Agency Picture Book Prize; Writing Magazine Short Fiction Competition; Skylark Fabulous Fiction for Fives to Teens and a new Flash Fiction competition.

A children’s writing competition for young writers aged 4 – 15 has been added to give kids a creative outlet while they’re at home.  Young writers are asked to write a one-page poem or story on the topic of ‘What I like about being at home’.  The deadline for all competitions is 19 June.  For all details on the event and competition go to: www.writersweekend.uk 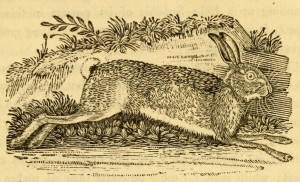 Come and listen, come and tell
Run by Mike Rogers

Story, story! Who wants to hear a story? Everyone, of course.

Stories are stories, they pick us up and they take us away, sometimes into other worlds, sometimes inside ourselves, to places we’ve never been or didn’t know were there. They bring us face to face with new things and with old things, and often the old things turn out to be new things, because we’re looking at them from another side.

Reading is good. You can do it anywhere, anytime, if there’s enough light to see. It disturbs no one. But it is a solitary vice.

Listening to a story, on the other hand, is something social. There is an interaction with the teller – they notice the reaction of you, the listener, and they can adjust their story to it. Actors on a stage, in a normal play, would find that much harder. They usually have a text to stick to. A storyteller only has a story – and they can tell it in the way they feel like at that very moment. What occurs to them – what occurs to you – it can all find a place in that story.

I have been telling stories for fourteen years. I have been writing stories since I was eight, and when I first came to Southampton Story Club I used to read aloud the stories I had written. I had written them to sound as though they were being told, so they had digressions and interruptions and spaces for audience reaction. Sometimes I still like to perform my stories that way, because a written story can be a lot more precise and complicated and detailed than a told one – it’s the relationship between lace and knitting. But mostly I tell. 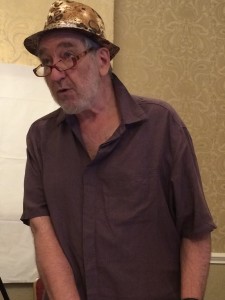 Thomas Pitt, second Baron Camelford, and compared it with the behaviour of Maquinna, the chief of one of the tribes on Nootka Sound, which Vancouver explored and mapped. I have told the story of ‘Don Patricio’, the Irish international footballer and football manager, who saved Barcelona FC in the Spanish Civil War. I have told the story of Grayson Perry’s tapestry sequence, The Vanity of Small Differences.

There are stories everywhere. We make them up all the time. We change them and they change us. They are one of the ways in which we try to come to terms with the world.

WONDER OF WORDS is republished from https://suewrinch.wordpress.com with her permission

The first ‘Wonder Of Words’ was held at Winchester Discovery Centre on Thursday 28th July and fully lived up to its name.  It was an evening filled with a rich variety of inspiring words.

My inaugural ‘guest poet’, Steve Scholey entertained us with a  mix of both old and brand new poems.  So new in fact that he told me he was just putting the final touches to some minutes before going on!  I enjoyed these new poems in particular.  They were clever, concise and original, often having a wry twist or a word summing up the poem at the end. He also read poems reflecting his interest in geology and travels to Iceland.  A very enjoyable set.

There was plenty of time for Open Mic during the evening and we heard a wonderful variety of voices.  Poems, whether poignant, political or humorous were all interesting and affecting, showcasing a great wealth of local talent.  We were swept away by a tide of amazing words which is why I love setting up these evenings. ‘Wonder of Words’ will be held regularly on the last Thursday of the month and its main aim is to highlight and encourage local talent.  I may occasionally book an established poet – we shall see, but I’m really looking forward to hearing many more of your original and enthusiastic  voices over the coming months.

Just to remind you that the first evening of the new ‘Wonder Of Words’ will be on Thursday 28th July at the Winchester Discovery Centre, Jewry Street, Winchester. SO23 8SB. 7.30-9.30pm, £5 on the door.
To encourage local talent there will also be ‘guest spots’.  The inaugural ‘guest poet’ will be Steve Scholey. Steve is a local poet and a ringleader of Not The Winchester Poetry Festival, a fringe event held alongside the official Festival in October.
Sue Wrinch aiming to use these events to highlight and celebrate local writing talent, whether male or female, so there will be lots of time to share your work in the Open Mic sessions.  Please come along with your poems, short stories, flash fiction or excerpts from a novel you have written or are writing and share in a warm, supportive atmosphere.

Please come along, hear Steve’s work and perhaps share your own or just listen to the wonderful variety of voices in and around 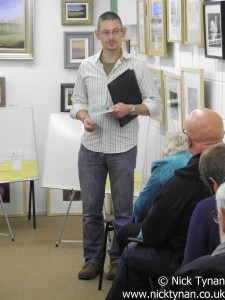 Dave Hubble is a steampunk artist as well as a writer

to book your tickets